Home SUCCESS Are you angry or depressed? Knowing the difference could save your life 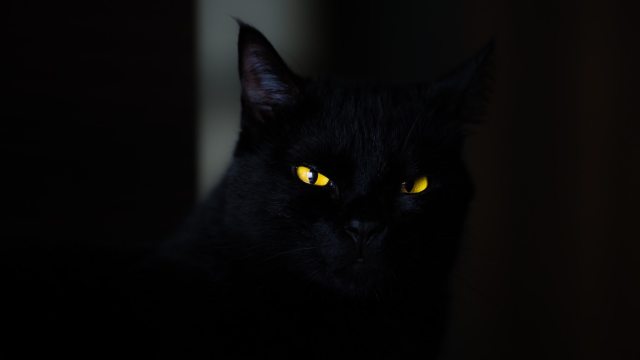 How do you know if you are feeling frustrated or grumpy? What is the difference between sadness and nostalgia? When are you anxious but not nervous? Emotions can be impossible to describe at times. It’s hard even to know if we are feeling them not. The Temple of Apollo at Delphi famously had inscribed across its forecourt the words: “Know Thyself.” Yet, with all of the writhing tangle of our feelings, this might be one of the hardest self-help principles there is.

Though this might seem too nuanced, the ability to differentiate between our emotions is a key determiner of various mental health conditions. The more emotionally literate we are, the greater we know our feelings and the less likely we are to struggle with various issues. Being able to read your emotions might save your life.

How are emotions made?

In her recent book, How Emotions Are Made, Dr. Lisa Feldman Barrett explores how and when it is that we each come to understand our own feelings, which has huge practical implications.

Barret argues that we learn to identify and differentiate our complicated, overlapping feelings in two ways. First, we observe our environment. We might notice that dad swears at a spilled chocolate milkshake on his laptop. The anger he shows in his behavior and language is then, by some emotional inference, mapped onto our own feelings in similar contexts, like if we spill a milkshake on our favorite toy.

Second, we learn emotions by being explicitly taught them, such as when dad says, “I get angry, sweetheart, because there are four hours of work I need to do by tomorrow on that laptop.” We then come to identify this feeling in others but also, crucially, in ourselves. We know that the internal feeling (or “affect” in psychological terms) is given a label: anger.

Under Barrett’s research, she notes that there are three different aspects to our emotions:

Our understanding of emotions, then, is based on these relative scales. For instance, we might say that sadness has a valence score of -4, an arousal score of +6, and a motivation score of +3. We could say ecstasy is +8, +9, and +4, respectively.

There are two interesting ideas packed into this account of emotions.

First, we all recognize and score emotions differently. I might think anxious has a valence score of -6, but you might think it is merely -3. Jack might think nostalgia has an arousal score of +6, but Jill only gives it +2. This has a serious implication for how meaningfully we can communicate our feelings to others. If I say, “I love you,” to someone, does the recipient have the same level of arousal? If I say, “That movie is terrifying”, is that a positive or negative valence?

Second, and more importantly, is what Barrett calls “emotional granularity.” Put bluntly, some people are emotionally illiterate. Growing up, my parents might have taught me five ways to describe fear, but you might only know scared. One person might have an entire thesaurus of words to describe their mental states, while others might be bound to the primary emotions of love, joy, surprise, anger, and sadness. This is demonstrated when children younger than three years have difficulty separating sadness, anger, or fear. They need to be taught these differences. In other words, they need to improve their “emotional granularity.”

Emotional literacy is important because the better we are able to distinguish our emotions, the less likely we are to have certain mental health conditions. It has been shown how “low differentiation [of feelings] could lead to increases in depressive psychopathology via difficulty with emotion regulation.”

Those who suffer from major depressive disorders, for instance, have a notably reduced ability to differentiate their emotions — especially their negative emotions — compared with a healthy control group. Notably, those in remission from their depressive disorders show a similarly less developed negative emotional granularity, suggesting that this is not simply a symptom of depression. (That is, depression is not causing the low emotional granularity.)

Reduced emotional granularity pops up in other mental conditions, as well. For instance, there is “a strong correlation between the severity of ADHD symptoms and ED [emotional differentiation].” People are much more likely to have anger problems and display “aggressive behavior” if they cannot easily identify a variety of feelings. Those who experience powerful emotions “consumed less alcohol if they were better at describing emotions.“ And those with certain kinds of personality disorders are much less likely to harm themselves if they have a greater ability to differentiate their feelings.

How emotional granularity can help

There are other important implications from these studies. For example, it might be that those who are clinically unable to differentiate emotions easily, such as those on the autism spectrum disorder, are at greater risk of developing other mental health conditions. It also indicates that those who did not grow up in an environment where feelings were commonly discussed might be at risk of various mental health issues. Indeed, those who cannot identify their own emotions are more likely to be depressed, to suffer from alcoholism, and to express their anger destructively.

As we grow older, we often develop greater strategies for emotional regulation, and we often develop better emotional granularity through conversation with others and by experiencing more of life. But we all can take steps to improve our ability to emotionally regulate — be it talking about your emotions with a close friend, reading novels with a variety of emotional contexts, studying the imagery used in poetry, or simply taking a moment to reflect on how you are feeling.

Knowing the difference between your feelings might just save your life.

Why the future of the world’s largest religion is female

Imposter syndrome and how to overcome it

Exoplanets with moons may be likelier to host life

How the Netherlands will survive in floating cities

The messianic movements that inspired “Dune”

Show Up In a Good Way

Cold showers are good for you – here’s the evidence