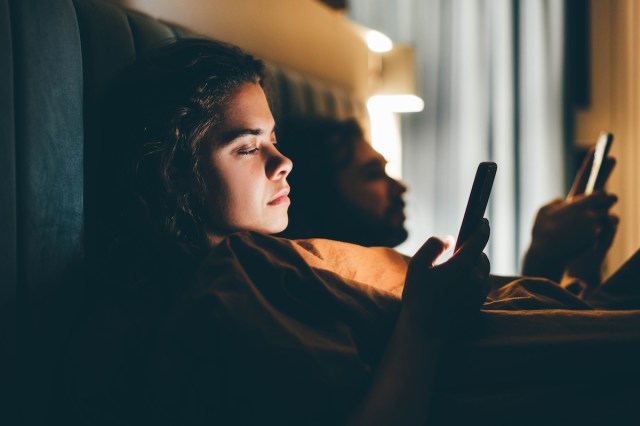 Online communication has changed not only how we first meet our romantic partners but also the ways we can keep in touch with them after breaking up. Before the internet, contacting an ex was a more deliberate act: a phone call, an in-person visit. But with social media and texting, keeping in touch with exes is as easy as clicking a few buttons.

Although such communication can be harmless and more or less platonic, some psychologists say it is often driven by a desire to keep romantic “embers” glowing just in case we ever want to rekindle the relationship, whether for the long-term or just a hookup.

A study recently published in the journal Cyberpsychology, Behavior, and Social Networking explored what happens when people in committed relationships keep an ex as a so-called “back-burner.” The results show that, for people in relationships, maintaining contact with an ex through digital communication corresponds to more negative feelings, even if they do not end up engaging in sexual activity with their ex.

The researchers surveyed 246 adults in committed relationships, most of whom reported having at least one back-burner in their life. Here is how the study defined back-burner for the participants:

The participants then listed exactly how many back-burners they had in their lives and rated which were most desirable. The participants also selected a label that best described their relationship with their most-desired back-burner. Ultimately, the researchers collapsed all the labels into two broad categories: exes and non-exes.

“Both paths suggest ex-partners represent a kind of back burner for whom the fiery limbo smolders, and these relationships are consistent with the relationship model of sexual desire,” the researchers wrote. “These associations held even after controlling for attitudes toward casual sex, age, and relationship longevity, which indicates that the nature of an ex-partner and the act of communicating themselves may contribute to maintaining sexual feelings toward that back burner.”

Unsurprisingly, the study found that participants in committed relationships who hooked up with their back-burner exes reported greater negative affect, defined through terms like distress, anxiety, and fear. But interestingly, the results showed that people tended to develop more negative feelings the more they digitally communicated with their back-burner exes — even if the two never engaged in sexual activity.

The study did not aim to uncover why even conversations with back-burner exes might prompt negative emotions; feeling guilty about potentially betraying your current relationship in a subtle way would be one obvious explanation. The researchers suggested:

Still, the researchers noted their study had limitations, and that the results do not establish causality between digital communication and any form of infidelity or negative affect. Rather, the results amount to a “snapshot of a complicated process” that is back-burner communication — a relationship limbo ground that has undergone significant changes in the digital age.

Einstein wasn’t a “lone genius” after all

The inner life of a lobster: Do invertebrates have emotions?

Navigating Dark Themes in Literature – How to Guide Your Kids

Interoception: how to improve your “gut feeling”

The Dharma of Distraction – Lion’s Roar

9 Ways to Be the World’s Best Boss to Yourself as...

admin - October 22, 2021 0
Do you remember that scene in the very first episode of The Office where Michael Scott talks about why he’s such an amazing boss...