Home SUCCESS Climate change is an existential threat to civilization 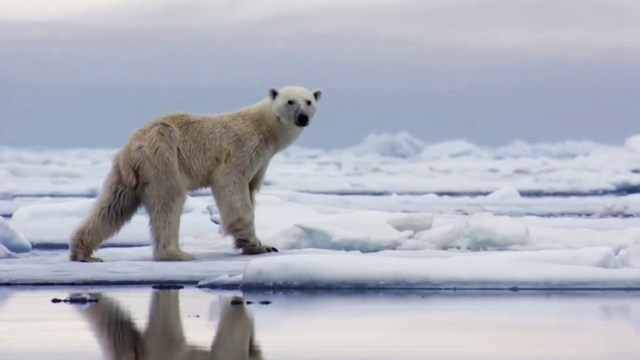 Often when I give an interview about potential civilizations elsewhere in the universe, the fate of our own comes up at the end, given that we are facing at least one existential threat in the form of climate change.

I always try to give a hopeful answer because I am a hopeful person. But the climate-driven extreme weather events of the last couple of years have forced me to think very carefully about the answers I give these days. Those answers are particularly close to me as I prepare for a talk to be delivered this Friday (October 1) titled “The Fate of Life On Earth and Everywhere Else.”  The Cazenovia Forum, which is hosting the event, generously allowed me to choose this topic which, I think, can be boiled down to that question: “Will we make it?” But to that query, I would also add “Does anyone make it?”

Will we make it?

Let’s begin by unpacking the first question. Asking if we will make it is not a question about human extinction, at least not in the short-term. Even a full-scale nuclear war probably would not wipe out our species. Some people in some highly reduced state still would be around. The same can be said for the extreme versions of climate change, which is the true existential threat we face today.

So, if the great danger of the climate crisis is not to the species as whole, then what is at risk? The answer is simple: our project of civilization.

About 10,000 years ago, the last glaciers retreated and some people, for reasons that are still murky, began experimenting with a new way of being human. Rather than the hunter-gatherer lifestyles that everyone had pursued before them, some bands of people began domesticating themselves. This agrarian revolution was the beginning of our project of civilization. It required learning new ways of cooperating across ever larger groups, as well as learning how to harvest ever larger stores of energy. About four centuries ago, the discovery of what we now call science accelerated both processes. And then, with the discovery of fossil fuels, the whole project was blasted into exponential growth until there was no part of the planet left untouched.

Now we live in a “technosphere” that is both globally hyperconnected and energy intensive. Even those billions who do not share in the wealth represented by this project still find their lives tied to it through the circuits of its commerce or the consequences of its climate impacts.

It is this vast, collective, planetary-scale endeavor that is at risk as the climate state shifts from the warm and moist conditions of the Holocene epoch to something new. It is something that has been called the “Anthropocene,” a human-driven epoch. If an Anthropocene shift takes us into domains where the rain falls in significantly different ways, or the ocean currents slip into significantly different patterns, then it is not clear that our project would continue. Instead, it could splinter in ways that most likely would not be pretty. In that case, the Anthropocene would be a planetary epoch started by human civilization but would go on to outlast us.

So, will we make it? Will our project of civilization survive the planetary changes it initiated? On one level, the answer to that question will depend on a thousand, thousand details of wise policy and practice. These will have to be enacted at every level of organization in the complex adaptive system that defines our project.

But as an astrobiologist I am interested in a broader and more general way of looking at the question: If our project is to survive for the long-term, kind of planet do we need to become?

Does anyone make it?

For about ten years, some colleagues and I have been exploring the idea of the Astrobiology of the Anthropocene. We have asked if most young civilizations create their own versions of Anthropocenes, driving dangerous climate change that threatens their own existence. Our studies, including our most recent models, imply the answer is yes. We also have asked about the general characteristics of inhabited planets with a long-term, sustainable civilization. What must they look like? How must they function?

These studies have explored the ways in which a civilization must come into a cooperative re-integration with the rest of the biosphere to maintain itself. Recently, I have completed a new work with David Grinspoon and Sara Walker looking at the idea of what we called “Planetary Intelligence,” which focuses on the differences between immature and mature versions of civilizations with respect to the long-term functioning of their host planets.

The common theme in all these studies is an attempt to embed the immediate question of our civilization’s survival in its proper planetary context. The worsening climate crisis might seem like a political problem. For the heroic people on the ground fighting day in and day out on issues of financial regulation or supply chain dynamics, it is. It will only be through their tireless work that the nuts and bolts of different versions of our project of civilization are assembled.

But climate change is also something much, much deeper in terms of Earth’s four-billion-year history. For the first time in our planet’s long history, a new kind of life has emerged that is more than its DNA. With the emergence of human beings, culture and its externalized information flows have become just as important as the blind processes of Darwinian evolution. There is so much potential in what we have initiated. As Grinspoon and Caleb Scharf have both argued, if we do survive the implications of the Anthropocene tipping point, it could echo across the planet, the solar system, and even the galaxy for millennia — if not eons.

But that survival depends on recognizing that we are of the planet and not above it. It will require reimagining our place within the complex “tangled bank” of this living planet that has had a kind of global intelligence for billions of years before we arrived. If the climate crisis we have triggered forces us to make the evolutionary leap to that radical new understanding of ourselves then, yes, I am indeed very hopeful about our prospects. And if not, the Earth will simply move on without us to continue with its experiments.

When Your Kids Reject God

Neuroplasticity: how to use anxiety to improve your life

These are the world’s top young universities

5 Characteristics of Athletes You Need for Business Success

How Picasso and Beethoven hacked creativity

Can astronomers save our sky from satellite swarms?

How many people should you date before settling down?

admin - April 21, 2022 0
It’s time for Macy to move home. She’s scored a promotion and she’s tired of hearing the man in the apartment above play...