Home SUCCESS The 10 tactics of fascism 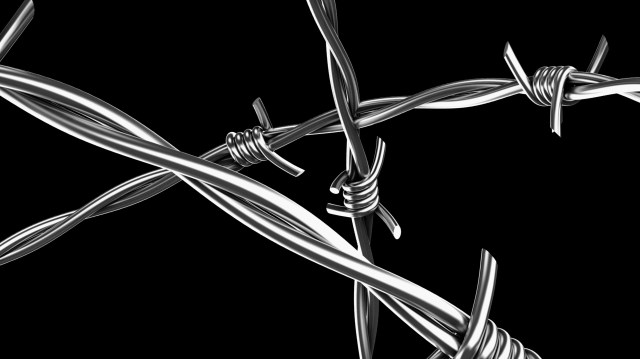 JASON STANLEY: Fascism is a cult of the leader, who promises national restoration in the face of supposed humiliation by immigrants, leftists, liberals, minorities, homosexuals, women, in the face of what the fascist leader says is a takeover of the country’s media, cultural institutions, schools by these forces. And that’s why you need a really macho, powerful, violent response.

The fascist leader says he will solve the problem. Fascism is right-wing by nature. It’s based on ultra-nationalism. However, you can have ultra-nationalist movements that are ultra-nationalist movements of minority groups. There is left-wing authoritarianism. There are bad things on the left. Stalin killed many, many people. Mao killed many, many people. These are terrible figures. But not all terrible things are fascist. Fascism is a very particular ideological structure. When thinking about fascism, you can’t think about these individual elements in isolation. They come as a bundle.

My name is Jason Stanley. I’m the Jacob Urowsky Professor of Philosophy at Yale University and the author of five books, most recently, “How Fascism Works: The Politics of Us and Them.”

We forget that many fascist regimes started off as democratic political parties. We forget that Hitler, the Nazi Party, ran in an election. Fascist parties start as fascist social and political movements before they come to power. So it’s important to see that these tactics occur even in societies that do not have a fascist regime. All nationalism involves a mythic past. You can say, “Look, we’re Polish people,” people who spoke Polish and were sheep herders and another bunch of Polish people who were fishermen, and you can talk about how things were wonderful when we were all Polish together. That’s a fine mythic past, but then there’s the fascist mythic past. In the past, we were great. Wherein did our greatness consist? In our military. And in the past, the dominant racial group ruled over others. And then the fascist leader says, “That has been taken from you by the leftists and communists. They wanna weaken our military. They wanna weaken our greatness.”

Propaganda is ubiquitous, and everyone uses propaganda. In political propaganda, your main message is something other than the the information you’re conveying. Fascist propaganda is a very particular structure. It’s based around a friend/enemy distinction. The political opponent, they are a merciless threat to your very existence and your traditions. They are the other. When they are in charge, it subverts the nation. So the structure of fascist propaganda is based on the idea that the other are fundamentally opposed to the nation.

As Hitler says in “Mein Kampf,” “Science is only useful insofar as it strengthens the nation.” Fascism is a cult of the leader. It involves the leader setting the rules about what’s true and false. So any kind of expertise, reality, all of that is a challenge to the authority of the leader. If science would help him, then he can say, “Okay, I’ll use it.” Institutions that teach multiple perspectives on history in all its complexity are always a threat to the fascist leader. The center of democracy is truth. You’re not free if you’ve been lied to. Nobody thinks the people of North Korea are free. The people of North Korea will vote for Dear Leader every time because they’ve been lied to. It’s not a free vote because they don’t have access to the truth.

One group of us is not better than another group of us. Hierarchy is central here because it’s the big lie at the center of things. What racism but one big lie? Racism is a lie that one group is better than another. You’re told this religion is better, this race is better, this gender is better. It’s really a moral claim, has more moral worth. And then once you have hierarchies set up, you can make people very nervous and frightened about losing their position on that hierarchy. Hierarchy goes right into victimhood because once you convince people that they’re justifiable higher on the hierarchy, then you can tell them that they’re victims of equality. German Christians are victims of Jews. White Americans are victims of Black American equality. Men are victims of feminism. Once you convince people that they should be better, that they have earned a position on the hierarchy over others, then you can tell them that equality is actually victim. Loyalty to the dominant group means law-abidingness. And the minority group is by its nature not law-abiding. Law and order in fascist politics means the members of a minority group who accept their subservient role, they’re law-abiding, and the members of the dominant group by their very nature are law-abiding.

By definition, the leader can’t violate law and order. So law and order doesn’t mean justice. Law and order doesn’t mean equality. Law and order structures who’s legitimate and who’s not. Everywhere around the world, no matter what the situation is, in very different socioeconomic conditions, the fascist leader comes and tells you, “Your women and children are under threat. You need a strong man to protect your families.” They make conservatives hysterically afraid of transgender rights or homosexuality, other ways of living. These are not people trying to live their own lives. They’re trying to destroy your life, and they’re coming after your children. What the fascist politician does is they take conservatives who aren’t fascist at all, and they say, “Look, I know you might not like my ways. You might think I’m a womanizer. You might think I’m violent in my rhetoric. But you need someone like me now. You need someone like me ’cause homosexuality, it isn’t just trying for equality. It’s coming after your family.”

Fascist movements typically, though not invariably, rest on an urban/rural divide. The cities are where there’s decadence, where the elites congregate, where there’s immigrants, there’s criminality, there’s Sodom and Gomorrah. In the city, there’s not real work. The pure, hard-working, real members of the nation live in the rural areas, where they work hard with their hands. When our politicians talk about inner-city voters or urban voters, we all know what they mean.

Arbeit macht frei, “Work shall make you free.” This was written on the gates of Auschwitz. The idea is that the minority group, they’re lazy, and they need to be made to work. Free labor. The minority group and the leftists, they’re lazy by their nature, and it gives them a work ethic. Labor unions are run by communists who are trying to make things easier. Hard work is a virtue. In liberal democracy, we don’t value people by how hard they work. What would happen to disabled people who can’t work? They would then have no value. It’s why the Nazis had the T4 program to murder the disabled because the disabled were Lebenunwertes Leben, life unworthy of life, because to be valued was to be capable of hard work.

Each of these individual elements is not in and of itself fascist, but you have to worry when they’re all grouped together, when honest conservatives are lured into fascism by people who tell them, “Look, it’s an existential fight. I know you don’t accept everything we do. You don’t accept every doctrine. But your family is under threat. Your family is at risk. So without us, you’re in peril.” Those moments are the times when we need to worry about fascism.

How the brain’s left hemisphere “mesmerizes” us into misunderstanding reality

Copernican principle and what it says about life in the universe

Why Stop Bitching When it is Therapeutic? – Life Coaches Blog

5 Self-Improvement Steps to Take Before Starting a Relationship

How the internet changed our language

admin - May 3, 2022 0
If someone threatened to imprison you, gouge out your eyes, and then murder you, what would you say in reply? Chances are that...