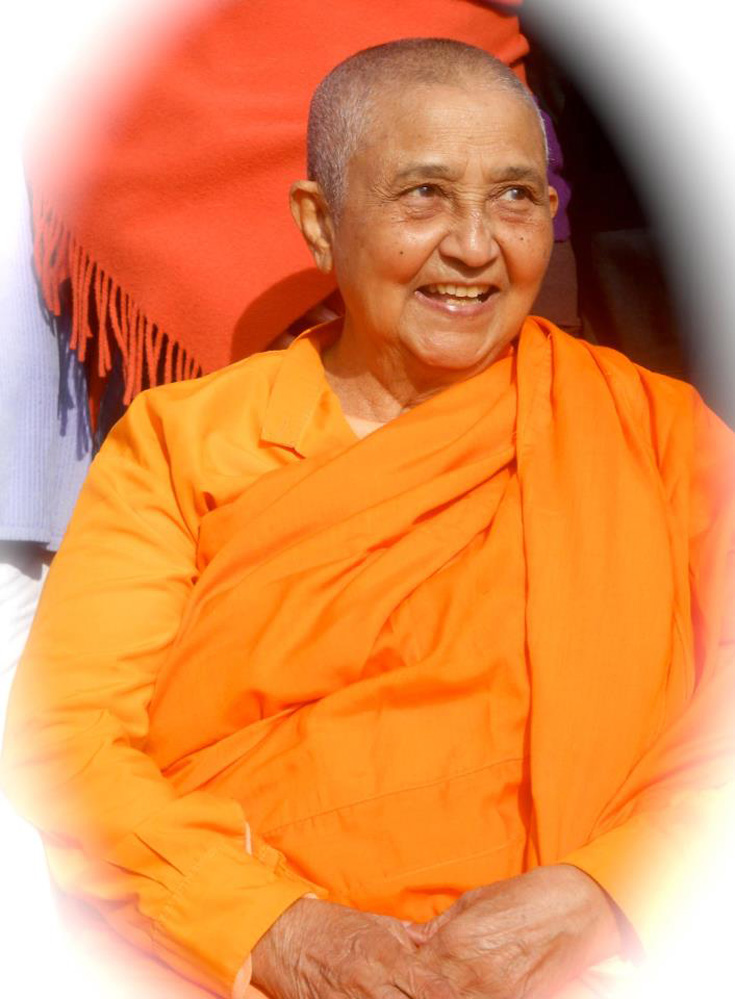 Bhukkhuni Kusuma was an internationally acclaimed author, scholar, and the founder and abbot of the Ayya Khema Meditation Center. In her lifetime, she wrote several books and obtained two PhDs. In her early life, she studied molecular biology in the United States, and taught university English and Science. She was drawn to Buddhism by larger questions that she found science could not answer. In an interview with BuddhistDoor in 2018, she said, “Buddhism gives priority to the mind. There is no scientific evidence there. There is no physical evidence there. You cannot experiment on mental phenomenon, like feelings, recognitions, perceptions, volitions, memory.”

In 1996, Bhukkhuni Kusuma became the first bhikkhuni to be ordained in Sri Lanka in in 1000 years. The ordination was controversial and opposed by many at the time, so Bhukkhuni Kusuma and the nine others ordained alongside her lived in India for two years for their safety. Despite the initial opposition, Bhikkhuni Kusuma’s ordination and subsequent work has inspired the revival of the Therevada bhukkhuni order in Sri Lanka, with over 3000 bhikkhunis ordained.

Ven. Dr. Bhukkhuni Kusuma highly valued education and is held as a role model for Theravada bhikkhunis across the world. She authored many books, established a meditation center, and travelled across the world to speak. In 2018, she told BuddhistDoor “I wish that bhikkhunis — not only in Sri Lanka, but all over the world — will be educated, will be practicing, will be talking about the Dharma and giving that knowledge to the world. Then, it will be a different world altogether.”

In a post announcing Bhukkhuni Kusuma’s death shared by Sakyadhita International Association of Buddhist Women on Facebook, Bhikkhuni Medhanandi, a close disciple of Bhikkhuni Kusuma wrote:  “She was such a kind, gentle teacher and mentor to me – words cannot express how much she has taught me. I am going to miss her terribly but her teachings about the Dhamma will stay with me. May she attain the supreme bliss of Nibbana.”

Nietzsche also composed music. Here’s what his songs sounded like.

How the CIA used LSD to fight communism

What Is the Buddha in You?

What are dormant volcanoes good for? Copper mining

How to Make Disciples in a Post-Christian Culture

admin - September 20, 2021 0
“Teaching Race and Racism in Buddhist Studies” will be conducted under the direction of Drs. Adeana McNicholl and Ann Gleig in 2021, developing a...