Home SUCCESS Why did the Buddha invent baseball? 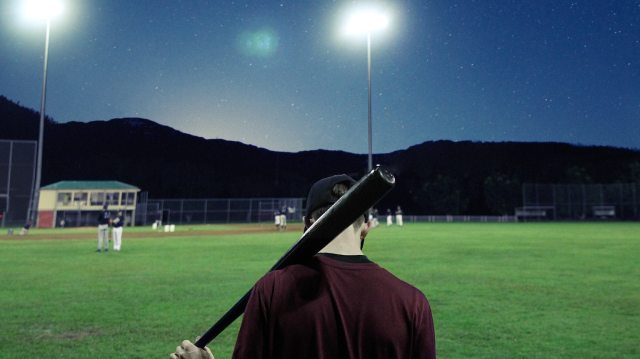 It’s October, and once again our thoughts incline toward deep questions. The turning of the seasons reminds us that leaves of youth must fall to the winter of aging. It shows us that life must always yield to death, and more than anything else, it raises the all-important issue of who will clinch the World Series this year.

Yes folks, it is post-season baseball. We are now deep into both the American and National League championships with the World Series just days away. So, now is a good time to reflect on the secret cosmic significance of America’s national pastime as recently revealed in a marvelous book called Buddha Takes the Mound by Donald Lopez Jr.

Readers of 13.8 know that I have a strong interest in the philosophies of classical Asia and India. These civilizations developed highly sophisticated systems of thinking that often began with a different set of imperatives compared with the Western stream. Many of these philosophies were developed in Buddhist cultures and, as such, reflect concerns associated with the nature (or non-existence) of self, the nature of experience, and the causes of human suffering.

Donald Lopez Jr. knows these domains of “The Dharma” quite well — after all, he is the Arthur E. Link Distinguished University Professor of Buddhist and Tibetan Studies at the University of Michigan. So, if you want to learn about Buddhist views on life and its dilemmas, Prof. Lopez is an expert guide.

But he is something more too.

The central conceit of the book is that when Yankee Stadium was refurbished in 2009, workers found an ancient scroll. It was a “Baseball Sutra,” meaning a sermon given by the Buddha to his followers when he invented baseball 2500 years ago. And why did the Buddha invent baseball?  To teach us all the great lessons of impermanence, the lack of a fixed self, and the path to liberation.

Buddha Takes the Mound is built like many of the ancient Buddhist sutras: A disciple asks a question, and the Buddha unpacks an answer. The big difference here is rather than taking place in some setting in India surrounded by robed monks, the Baseball Sutra takes place in Yankee Stadium. And rather than monks, in the Baseball Sutra, the Buddha is surrounded by both fans and the greatest players the game has ever known including Ted Williams, Yogi Berra, and Jackie Robinson.

In lesser hands, this format would fail and fail miserably, but along with his talent as a scholar, Lopez Jr. is a very funny guy. Deploying his knowledge of both domains, he manages to strike a perfect balance giving deep insights into baseball and Buddhism while never failing to make you laugh. For example, in one of the chapters, a fan rises and addresses the Buddha, first recounting her dedication to the game as demonstrated by long hours spent watching on TV or in the stands. Then she asks, “And so, holding a foul ball in my glove, I reverently ask… Why did the Omniscient One make the game so boring?”

The fan is of course correct. Baseball is a strange game, and Lopez Jr. is not the first philosopher to see something unique pointing to deeper truths in the game. Baseball is, for example, highly asymmetrical. While other games are played on rectangles, baseball is played on a wedge-shaped field that stretches to infinity (the sacred realm of the home run). Other games are played with two teams of equal size deployed on both sides at the same time. Baseball is, at any moment, nine players versus a solitary batter. And as the fan points out, baseball is a game where nothing happens for long, long stretches of time — until, of course, it doesn’t and then it’s all intensity and action.

For Lopez Jr., this strangeness is what makes baseball the perfect embodiment of life itself. It is not just a game but an archetype of the great lessons we all must learn to free ourselves from greed, hatred, and delusion (what Buddhism calls the three poisons). And what makes Buddha Takes the Mound so delightful is that Lopez Jr. pulls it off. The book delivers an engaging and sophisticated account of Buddhism’s worldview through the prism of baseball and the richness of its lore.

Oh yeah, next year it’s gonna be the Mets! I swear it will.

Welcome to Advent 2021 – Focus on the Family

3 Epic Ways to Automate Online Forms with Zapier and MeisterTask

Babies can tell who has close relationships based on saliva

Medical Innovation and Why We Should Embrace Change

How to know what you really want

Gratitude With Purpose in Marriage

How do birds navigate to foreign lands?

admin - March 21, 2022 0
Off the coast of Awashima Island, a two month-old streaked shearwater chick huddled against its siblings. The weather had been getting colder. Soon,...