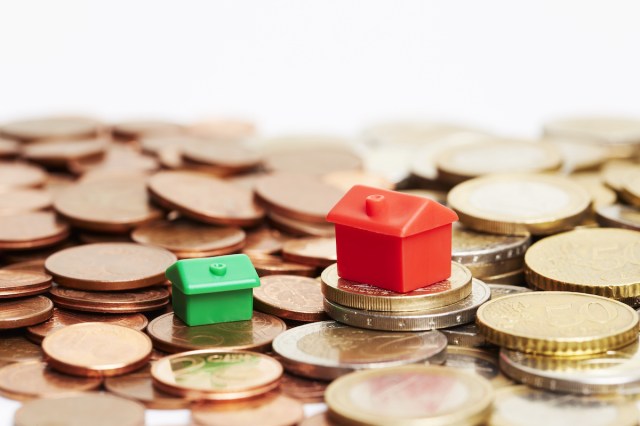 What is one thing Verizon, The Walt Disney Company, and Southwest Airlines have in common? All conduct business in highly concentrated industries, in which a handful of major players have wielded increasingly concentrated power and market share over recent decades.

As you might recall from high school economics or a certain board game, monopolistic markets can damage the broader economy. After all, if one entity in an industry wields outsized market power, then you’re likely to see prices rise, workers get the shaft, and consumer surplus begins to fall.

But has this actually happened in recent decades?

A new study published in the American Economic Journal: Microeconomics by Georgetown professor Sharat Ganapat aimed to find out. The results, which have limitations, suggest that the concentration of industry in the U.S. hasn’t been as harmful as you might expect, and that monopolies and oligopolies might even have brought some benefits to the national economy.

For those who can’t quite remember economics class, economists are often wary of monopolies coming into existence. Unlike smaller firms in a competitive market, monopolies can dictate prices by controlling the supply of the goods they provide. If the monopoly is looking to maximize its own profits, as many economists presume, it has an incentive to produce fewer goods at a higher price than a smaller firm in a competitive market. The monopolist can also charge a higher price.

Oligopolies are similar to monopolies, but feature a handful of firms dominating a market rather than just one. Oligopolies and monopolies can produce similar problems, though entities in oligopolies tend to hold less market power. To keep markets competitive, many nations have established antitrust laws that prohibit large companies from, for example, pricing out smaller companies in certain geographic regions.

What explains the findings? Ganapati suggests that “superstar” firms outperform their rivals in productivity and innovation, enabling them to dominate their industries. In an interview with the American Economic Association, he used the success of Walmart to illustrate his superstar hypothesis:

“Walmart is a great example of what’s going on. They spent billions of dollars in the ‘80s and early ‘90s computerizing their entire infrastructure operations. It gave them an almost insurmountable lead for 20 years in the big-box store industry, letting them kill off rivals such as Sears and JCPenney.”

But it’s not all good news. Although the data suggest that many large firms earned their top rank through innovation and productivity improvements, they also employed fewer workers. These workers were typically paid better than average, their earnings didn’t reflect the growth of their companies.

“A 10 percent increase in the market share of the largest 4 firms is correlated with a 1 percent decrease in the labor’s share of revenue,” Ganapati noted.

Beyond labor concerns, there are industries where contracting market power is understandably concerning to economists. For example, market concentration in health care has led to price increases. Another concern: Even in industries where market concentration didn’t lead to hikes, the savings from productivity haven’t always been passed on to customers.

A role for regulation

None of these findings are to say that the old ideas on monopolies and oligarchies are suddenly obsolete and that we should welcome them. Rather, the research suggests that monopolies and oligopolies don’t always cause the damage they’re capable of causing. Ganapati concludes:

“…taking the superstar firm hypothesis seriously does not imply that antitrust authorities should be powerless. Dominant firms may entrench themselves and use their newly dominant market positions to engage in anticompetitive behavior. Natural monopolies can give way to anticompetitive monopolies that act to raise prices and squelch innovation. Monopolies may be taking a bigger share of productivity innovations for themselves and only passing a small share of the gains to the consumer. Effective regulators may want to force monopolies to share a greater share of their surplus with the public.”

Proof That Happy People Are Good For You! – Life Coaches Blog

College is absurdly expensive. Can a radical new model change that?

Wow! The Milky Way is almost as old as the Universe itself

Your Kids Can Join the Club

15 years after its big demotion, Pluto still doesn’t measure up