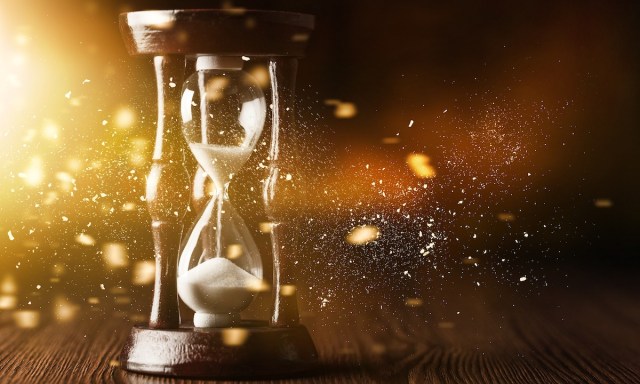 Watching a clock is an odd experience. With the ticks and tocks of the second hand, life is broken into tiny segments. The clock divides. This moment right now, reading this word: one tick. If you watch a clock for long enough, reality can feel as if it’s a jittering, jerking series of discrete moments — a string of neatly compartmentalized “nows.”

But this is generally not how we experience time. For the late French philosopher Henri Bergson, there was a huge difference between this abstracted “clock time” and the everyday psychology of how we actually feel time pass.

It makes sense but it doesn’t seem right

Strictly speaking, all the units of time we use involve space and movement. If a day is a full rotation of the Earth, then hours, minutes, and seconds are simply fractions of that. We sleep for a third of an Earth rotation, for example, and we have a birthday after every full rotation of the sun. The problem with conceptualizing time in this way is that it treats time as a series of discrete chunks. It frames an hour as a unit that we inhabit. We then hop into another hour unit, and another, and so on. But this is not what it’s like to feel time. We are not stop-motion clay animations.

So, instead of “time,” Bergson preferred another word: duration.

For scientists, time is typically seen as a series of still images we skip between, like a vintage slide show. But Bergson described “duration” as a seamless stream or flow. It’s all about the passage of time: a “succession without absolute distinction.” There is an imperceptible passing between the past and the now. Our consciousness streams forever forward without stuttering between time units, no matter how infinitesimally small we divide them. The past bleeds into the present and we can’t tell one from the other.

A confusion of time

To illustrate his point, Bergson compared the difference between duration and time to how we listen to music. Seen from the perspective of a scientist, we could focus on the individual notes shifting from beat to beat. A to E to C to E, at a presto tempo, perhaps.

As a subjective consciousness, however, the melody flows together and merges. We encounter music as a whole — one that’s moving, blending, and harmonizing, all while merging with our senses to create a unique, and often emotional, experience. So, too, with time. We do not experience time as this particular minute in time over and over again, but we do as duration.

The problem is that having two different frameworks for time causes confusion, or at least misrepresents what most of us experience every day. When we flip between the two, or if we spend too much time treating time as discrete scientific units, it can feel disorientating and surreal — an artificial description of a natural phenomenon.

More than this, Bergson argued that even within certain scientific disciplines, this “clock time” presents a misrepresentation of the fact. He raised, for example, an issue with animal taxonomy: By dividing the evolution of life into various discrete species, biologists brushed over the uniqueness (and wonder) of life. Instead, Bergson believed we should talk of an “élan vital” — or an enduring life force. Life is impelled forward with vitalism and dynamism; it is not a poster depicting six stages of human evolution.

Going inside the mind

Bergson was hugely popular in his day. He also really annoyed a lot of people. While the philosopher greatly admired Einstein and didn’t think his own work was incompatible with relativity, Einstein didn’t like Bergson’s concept of “duration”. But the anti-Bergson brigade was most vociferously led by the philosopher Bertrand Russell, who wrote, “Bergson’s philosophy, though it shows constructive imagination, seems to me wholly devoid of argument and quite gratuitous; he never thinks about fundamentals, but just invents pretty fairy tales.”

From a British professor born in the 19th century, that practically amounted to hate speech. Both philosophers and scientists hated how Bergson relied on intuition to argue his case, and how brazenly irrational his project was — a philosopher who cared more about experience than reality. Bergson himself was rather dwarfed by what came later in Heidegger’s version of phenomenology and French Existentialism, but both owe a lot to Bergson.

Bergson was one of the leading lights that pushed philosophy further inside of our minds. He gave credence to introspection and subjectivity. When Bergson put his hands up to say, “Hang on, everyone, that’s really not how time works for me,” he was starting a kind of introspective and experiential philosophy that’s become very popular today. Like it or loath it, whenever we talk of “lived experience” or “the reality of my condition,” we’re making a subtle nod to Bergson.

On a mission to alleviate chronic pain

Success Isn’t Luck, It’s Based on the Good Habits of Who We Become

15 Mistakes to Avoid When Starting a Business in 2021

How to live an intellectual life

admin - February 16, 2022 0
Our bodies connect us to the world. When people lose parts of their bodies to disease or traumatic injury, they often feel that...