Home SUCCESS Alone in space: detachment and the insidious effect of isolation 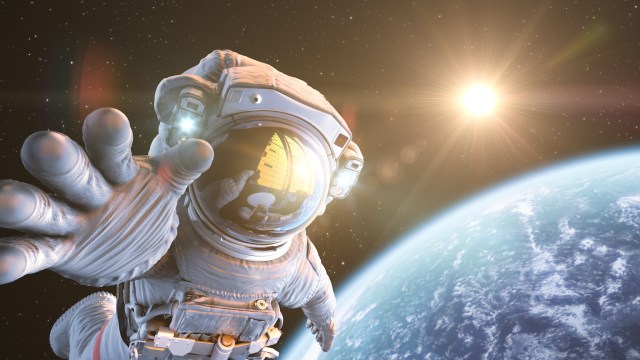 What is the longest you have gone without seeing someone? I am not talking about sitting at home watching the telly for a few days. I mean true, proper isolation. After all, even when you don’t see friends or family for a period of time, the chances are that you will still see someone. You smile at people while walking the dog, you order your coffee from the local café, you say thanks to the bus driver, you take your pizza from the delivery guy. It is rare that we go any length of time without seeing anyone at all.

And that is the way we are built. Through all of human history, we have lived in communities, and we are biologically wired to be communicative and sociable. We need connections. So, what happens to us when we are denied human contact? What does it do to our minds to be shut off from all others?

Thanks to a new study from the Russian Federation State Scientific Center, we might be closer to the answer.

When you are on your own, say, on a flight to Mars, there is not really much you can do. The study notes that, as you get further from Earth, “communication delays will unavoidably diminish the effectiveness of the distant crew psychological support from the mission control center.” What’s more, given the parsimony and efficiency required for any space journey, there is not much room for wide-screen TVs and treadmills. As such, the crews on these long-duration spaceflights have to spend a lot of time with their fellow cosmonauts — and a lot of time with their own thoughts.

Between 2007 and 2011, there was a study known as the “Mars-500 Project,” designed to simulate a 520-day space mission with an all-male crew of six. They found that as subjects experienced less contact with the outside world and were denied visual images of their home planet, they suffered from a “detachment phenomenon.”

Eventually, the crew of the Mars-500 project came to rely on their own autonomous judgments or decisions over those given by mission control. The more decisions they made on their own, the more they came to see mission control as simply redundant. Having spent so much time alone, they became independent to the point that they distrusted the outside world. Worryingly, they also became more resistant to instruction.

The team from Moscow wanted to examine “the influence of various unfavorable factors of the interplanetary missions — long-term isolation, communication delay, stress, crew cohesion, and gender differences — on the crew communicative behavior.” To do this, they set up a study called Sirius-19, which would involve 120 days of isolation. This “flight chamber simulation” had three men and three women, with four Russians and two Americans. The only communication with the outside world was with mission control.

It wasn’t just the quantity of communication that changed. Half of the crew showed a “decrease in the general emotionality” and one crew member “showed a significant increase in negative emotions.” (Notably, one crew member seemed quite happy with the situation.)

There were differences according to gender in how the crew interacted with one another, as well. Female crew members tended to use humor and “positive reassessment of the situation” to cope with hard moments, while the males tended to “use confrontation as a way of social regulation in problem situations.” Women manifested more moments of joy and sadness, while men “were more likely to demonstrate anger.”

What is perhaps unsurprising, though, is that over the course of the 120 days, the crew came to converge across many metrics. For instance, the crew exhibited different kinds of communication patterns with mission control at the beginning of the study but were much more similar in their communication toward the end. Also, the crew became much closer to one another, and “the subjects began to describe other crew members as more similar to themselves.”

Isolation and the detachment phenomenon

What the team from Moscow showed is that when a crew is isolated and forced to work together in a psychologically stressful environment, the group becomes tight-knit and more reliant on each other. While this is good, the aversion to outside help is potentially deadly on a long trip into deep space.

Do the laws of physics and neuroscience disprove free will?

The Lion’s Roar Podcast: Authenticity, Wholeness, and Boldness with Mushim Ikeda and Three Breaths Meditation to Rewire Your Brain with Rick Hanson

‘Most distant explosion ever’ turns out to be a lie

Why you should always question your perceptions

Scientists pretend to be Neanderthals to catch birds

7 Tips From a Psychologist

admin - December 28, 2021 0
All parents want their children to be successful in life, and it’s absolutely normal. But, raising successful children is not as simple as it...