Home SUCCESS CRISPR: The future or undoing of humanity? 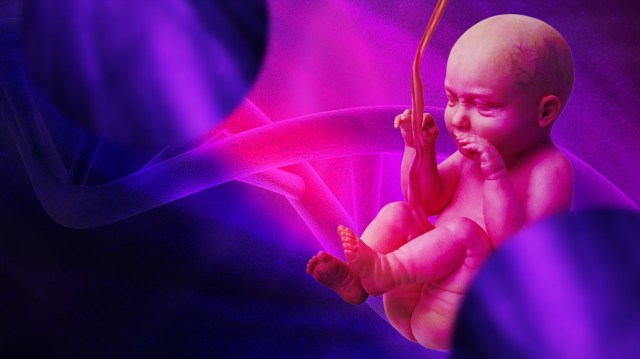 The idea of gene editing was once a thing of the future – but today it’s saving the lives of people all over the world. CRISPR is a gene editing system that bacteria has been using for a billion years. When a virus attacks your body, this system takes a ‘mug shot,’ and wraps the virus into our code. If the same virus ever attacks again, your body now know’s to ‘cut off’ the virus before it can cause harm.

But accompanied with 21st century tech, that’s no longer all CRISPR can do. Scientists have since learned how to repurpose this system so we’re not only killing off dangerous bacteria, but also cutting our own DNA, wherever we tell it to, to edit our genes.

Is gene editing something we need to worry about? Some scientists think so. If we move too fast and over indulge in this technology, it’s possible that we could be making permanent changes to the human species. But as of today, CRISPR is being used for good – editing genes in the people living with chronic diseases, helping patients around the world live healthy, normal lives.

WALTER ISAACSON: Early on, I thought, I’m gonna write a book about the great adventure of understanding gene editing. You know, I’ve written about the physics revolution that dominated the first half of the 20th century. And then of course I was deeply immersed in the digital revolution, which was the second half of the 20th century. But what happened in the past few years is we’ve found easy to reprogram tools that will allow us to edit our genes. Man, that’s going to be 10 times more impactful than the digital revolution was.

So whenever you have a wonderful tale of adventure, it’s always good to have one central character that helps bring the narrative along. And for me, Jennifer Doudna was perfect for that. When she was a young scientist and graduate student in the 1990s, all the men in science and biology, they were all running after the soccer ball, focusing on DNA and the human genome project. But she became fascinated with RNA. And it turns out that’s a molecule that actually does more work. She was able to discover how RNA could replicate itself, which gets to one of the big questions in life. Which is, how did life begin on the planet? Then she discovered how to take this tool that bacteria use to fight viruses, called CRISPR, and repurpose it by reprogramming the RNA to edit our own human genes.

So all of these things come out of Jennifer’s work in understanding the structure of RNA. CRISPR is a system that bacteria have been using for a billion years. And they learned a simple trick. If a virus attacks them, they take a mugshot, and they wrap it into their own bacterial code. If the virus ever attacks them again, they got that mugshot, and they take a guide, and take a pair of scissors known as an enzyme, and they chop up the virus. But what Jennifer Doudna

and Emmanuelle Charpentier and others did, was figure out, we can repurpose this so that the guide doesn’t just chop up the viruses attacking bacteria, we’ll reprogram it so that it cuts our own DNA wherever we tell it to. And thus, it becomes a tool to edit our genes.

Right after Jennifer invented this technology, she had a nightmare. And it’s somebody who wanted to learn how to use the technology. She walks into the room, and in the nightmare, it’s Hitler. So she starts gathering scientists to answer your question, which is, what are the perils

we need to worry about? Now, the perils to me, are that we go too fast down the road and make inheritable edits in the human genome in a way that affects our whole species. And I think that’s a ethical line we have to pause and be very careful before we cross. We know ways to use this

in individual patients for deeply important medical needs, like sickle cell, cystic fibrosis, Huntington’s, Tay-Sachs, muscular dystrophy. I think we should focus on those, and be careful about doing things that would allow rich people to buy better genes for their children. Because if people could go to a genetic supermarket, and say, what color eyes, what color hair, what height, I think we would harm the human species.

You know, we think of these as futuristic technologies, but we’ve already had CRISPR

be used for a real person, Victoria Gray. They use CRISPR technology to take her stem cells, edit them, reinsert them into her body, so that she is now makinG healthy blood cells. We’re already using this to help the human species. So all these things are about the unbelievable excitement of the journey of science. And that open inquiry, that ability to approach things with an open mind, we sometimes lose that. We go into our ideological corners and we have knee jerk reactions to things without saying, “Show me the evidence.” So one of the things I wish

people would think about, is it’s not just about science, it’s about the scientific method. Which means you’re open to changing your mind.

Psychopathy: Don’t believe what you see in TV crime shows

Lion’s Roar is hiring a Sales and Business Development Associate

How small was the Universe when the hot Big Bang began?

The Middle Way of Abortion

How to create a learning culture in the workplace

Time travel is possible. Can we go back?

the most controversial philosopher ever- Big Think

5 Ways to Rediscover Your Purpose in Life

admin - July 8, 2021 0
Ever since I was a little girl, I wanted to be a writer. But my quintessential Indian father thought that was a terrible idea,...