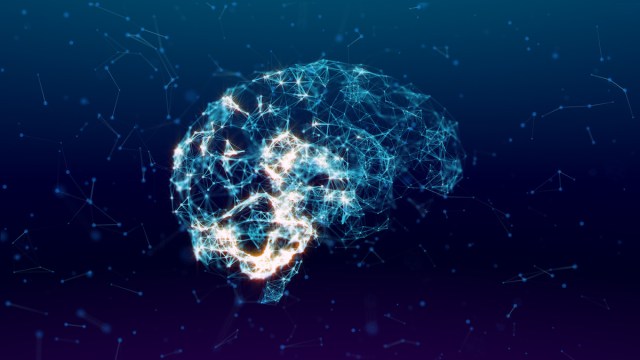 In breakthrough research, physicians at the University of California San Francisco have for the first time successfully treated a patient’s severe depression by electrically stimulating parts of her brain. The 36-year-old patient, given the name “Sarah” in the study, described herself as someone whose depression was so severe and omnipresent that she was getting close to giving up on life. The treatment changed everything. Although she still experiences depressive symptoms occasionally, the device quickly dissipates them.

For decades, neuroscientists have been experimenting with using deep brain stimulation to treat neurological disorders like Parkinson’s disease and epilepsy. The minimally invasive procedure involves implanting electrodes into certain parts of the brain. The electrodes emit impulses that help correct problematic brain activity. This effectively treated some neurological conditions, but its therapeutic potential for psychiatric disorders like major depressive disorder has been far less clear.

One problem is that everyone’s brain is different and the areas involved in triggering depression seem to vary between people. Another issue has been that standard DBS administers a continuous electrical charge to a target area, whether or not depression symptoms are evident.

Previous research at UCSF had identified certain patterns of neural activity, or biomarkers, that correspond to a variety of emotional states, including depression. The studies also identified the lateral orbitofrontal cortex as a potential target for electrical stimulation. These insights provided starting points for the new research.

To map Sarah’s brain, researchers first fixed 10 stereoelectroencephalography electrodes to her head. Each of these was capable of delivering small voltages to the orbitofrontal cortex, amygdala, hippocampus, ventral capsule/ventral striatum, and subgenual cingulate cortex. As Sarah reported her symptoms over the following 10 days, the researchers found that the ventral capsule/ventral striatum area was the site at which stimulation produced “consistent, sustained, and dose-dependent improvement of symptoms,” according to the study.

Next, they were able to determine that high readings in the gamma-band power range of the bilateral amygdala aligned closely with strong depression symptoms. Helpfully, the same area also responded more powerfully to stimulation in the ventral capsule/ventral striatum area than did other brain areas. That the researchers successfully identified these problematic areas was itself a remarkable achievement.

The device implanted in her brain in June 2020 — a sort of “brain pacemaker” — automatically takes care of two tasks, requiring no outside intervention. First, it monitors Sarah’s brain for telltale depression activity in the amygdala. If the pattern is detected, the device briefly stimulates the ventral capsule/ventral striatum target with a gentle, six-second one milliamp electrical charge. Because the device emits stimulation based on the patient’s own physiological activity, it is called a “closed-loop” system.

Sarah’s depressive state was resolved almost immediately. After 15 months, the device was still providing therapeutic effects that have radically improved  the quality of Sarah’s life The FDA allowed the scientists an investigational device exemption to perform the procedure.

The team’s success with Sarah show only that the device was capable of treating her specific constellation of depressive symptoms. To demonstrate the generalizability of the approach, the researchers are working with two more patients and hoping to add another nine people with depression to their cohort. They’re aiming to understand to what extent and how the biomarkers and therapeutic target areas vary among different people.

The researchers are also interested in learning whether biomarkers and targets change over time. Because the brain is remarkably elastic, it’s conceivable that it could retrain itself in a way that would pose an obstacle to treatment. So even though a time when devices like Sarah’s could become commonplace is clearly a ways off, the team’s proof-of-concept is impressive, and may represent a whole new, more effective, way of treating mental disorders.

What robots can learn from fish and fancy math

Atheism is not as rare or as rational as you think

Helping Teens With Anxiety – Focus on the Family

Why apocalyptic fantasies appeal to us psychologically

Does sleeping more than 6.5 hours a night cause cognitive decline?