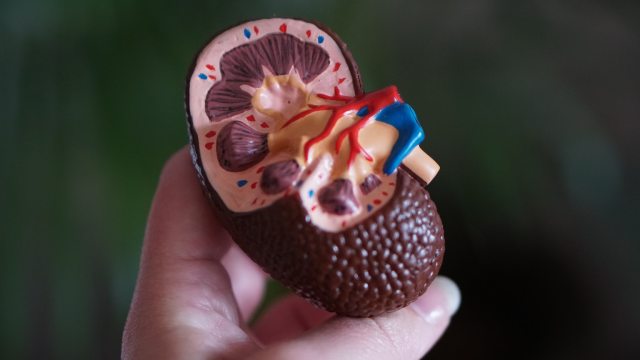 This article was originally posted on our sister site, Freethink.

An innovative kidney donation program that rewards organ donors with vouchers their loved ones can redeem for kidneys in the future appears to be working as hoped, increasing the number of donations and decreasing wait times for needed organs.

Transplant options: If you need a heart transplant, your only option is to wait for a compatible donor (who has the same blood type and organs of about the same size) to pass away.

Kidneys are a different beast, though — because we have two and can live with just one, it’s possible to receive a kidney from a living donor.

The challenge: Living kidney donations account for about 15% of all kidney transplants, and usually, the organ comes from someone the recipient knows, such as a family member or friend.

However, sometimes a person in need of a kidney and their would-be donor aren’t a genetic match. Even though they’d be willing to give up a kidney, it can’t help their loved one, so they don’t donate.

But a new program offers to help solve the mismatch problem, increasing the supply of kidney donors, while still helping their loved ones get the transplant they need.

Through this program, living donors can give a kidney to anyone who is compatible with them and currently in need, in exchange for a voucher that lists up to five people of their choosing. If one of those people ever needs a kidney, they can redeem the voucher and be given priority status for a living donation.

“It’s like a coupon to use in the future,” Jeffrey Veale, who started the program at UCLA, told HealthDay News.

The program is able to get donors who otherwise wouldn’t donate.

How it started: California resident Howard Broadman came up with the idea for the kidney donation vouchers in 2014. That’s when he found out his four-year-old grandson Quinn was likely to experience kidney failure within the next 10 to 15 years.

Broadman would’ve been too old to donate a kidney to Quinn by then, so he told UCLA’s Kidney Transplant Program he’d be willing to give a kidney to someone right then if they would give his grandson priority when he did need a transplant.

UCLA agreed to the arrangement, and the voucher program spread from there.

The impact: According to a newly published analysis, 250 people have now donated kidneys in exchange for vouchers, and six people have redeemed them.

Without the kidney donation vouchers, those six people likely would have been stuck waiting several years for a kidney from a deceased donor — but with them, their wait time was just one to five months.

“The idea was initially resisted in the transplant community, because it was really outside the box, but it’s growing huge,” Veale said.

“(I)t definitely makes a difference,” he added. “There is no question that the program is able to get donors who otherwise wouldn’t donate.”

Einstein proved right by flying clocks around the world

5 Ways to Save Money When Shopping

the many faces of European portrait painting, explained

We Need This Wisdom More Than Ever

May is National Foster Care Month

99 Easy-Breezy Ways to Get Your Creativity On

The science of ‘herd mentality’

How evolution shifts from unicellular to multicellular life

admin - July 14, 2021 0
A new study examined the evolution of a unicellular algae species over 500 generations, roughly six months.The researchers subjected one of the two algae...