Home SUCCESS Most popular Christmas toys in the world 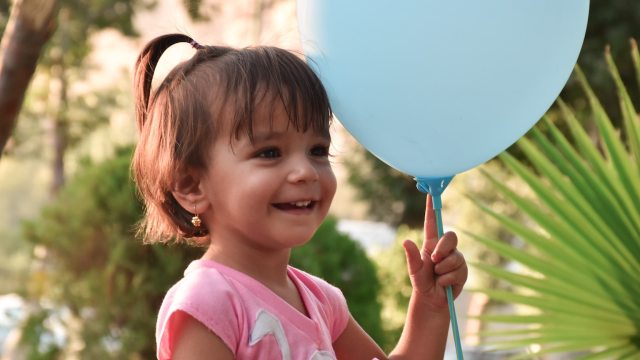 It’s the time of year when children all over the world will be frantically ripping open presents, parents will be cursing toy manufacturers for not providing batteries, and Uncle Charles will have bought a massively age-inappropriate present. Again. Yes, it’s the time of cheek-aching grins and youthful laughter but also of disappointed grunts and forced smiles. It’s when the wrapping of hours and days gets eviscerated in seconds by the tiny, chocolatey hands of impulsive children.

In so many ways, the ceremony and act of giving gifts is little different across the world. But there is still a surprising degree of difference in the presents and toys children have enjoyed from place to place, country to country. With a globalized and interconnected world, many of these toys spread quickly and are now commonplace everywhere. Under most Christmas trees lie an assemblage of presents from all over the planet. So, what are the most popular toys for children around the world, Christmas or otherwise?

If you know anyone who has got a baby or young toddler, then chances are they will have heard of a small, squeaky giraffe called Sophie. Sophie is the plasticky offspring of a Paris-based toy company in the 1960s, and since then, it is estimated to have been sold to over 70 million new parents. It is regularly in the “Top 10 most popular toys” on most Amazon pages around the world, and in her native France, Sophie is a bit of a national icon — sales of the rubber teether align with France’s birth rate almost exactly. If you have a baby in France, you will be getting a giraffe.

To celebrate her 50th birthday, a host of artists and jewelers — from Swarovski to Gauthier — recreated and reimagined Sophie, and the gilded and bejeweled giraffes were sold at an invite-only auction.

Pokémon is huge. Whether you are the type who can list all 151 of the original generation or the kind who vaguely remembers the decidedly average Detective Pikachu, you likely know about this Japanese cartoon behemoth. The game was released in Japan in 1996, and it has sold 34 billion Pokémon cards since. And while card-collecting rivals like Magic the Gathering or Yu-Gi-Oh! have sold in similar numbers, neither have quite dominated the Weltgeist quite as comprehensively as Pokémon.

There are over 120 Pokémon computer games, a cartoon TV show, an augmented reality phone app, a Hollywood movie, an upcoming Netflix live action series, and a Monopoly board. In Japan, Pokémon is everywhere. There are Pokémon themed parades, hotels, department stores, vending machines, ramen, cars, drinks, and even weddings.

Across the water from Japan, there is the land of soaring kites. China, today, is seen as a paragon of technology and gizmos, but for most of its 1.4 billion people, it’s not about Huawei phones or Alibaba gadgets but flying kites. If you find yourself in one of many parks across China, you will see a whole cornucopia of kites. Some can be huge — more than three hundred meters long — while others are as small as your finger. Chinese kites often depict mythological creatures, and it is not uncommon for a child to be gifted a kite in the mold of their favorite heroic character or legendary icon.

Kite-flying has a two-millennia long tradition and is often used in religious and celebratory ceremonies. Most Chinese children will have flown more kites by the time they are ten years old than other country’s children would have flown in a lifetime.

Bean there, done that

There are moments in history that make you wonder if humans aren’t wired a bit insane — the dancing plagues of the Middles Ages, an eight-bit-style pixel artwork selling for $10 million, and, of course, the Beanie Baby craze. Ty Warner was once an American actor, then a businessman, and then a toy manufacturer. Ty first created his stuffed toys in 1993, hoping they would be popular with children. And they sold okay.

But, something odd happened: Moms started to really like them, and they didn’t trust their snotty-nosed children to look after them properly. By 1998, Beanie Babies were almost exclusively traded by bullish, pretty obsessive men. The first generation “#1 Bears” were selling for $5,000 each, and at one point, Beanie Bears made up 10% of all of eBay’s traffic. Beanie Babies made Ty Warner a billionaire.

LEGO of all your money

One toy truly unites the world. Again and again, surveys tell us that LEGO is seen as the best and most popular toy, ever.

LEGO was first made in Denmark in the years after World War II by toy maker Ole Kirk Christiansen. (He coined the word LEGO from leg godt or “play well.”) But, it wasn’t until 1958 that the design and “interlocking principle” that we know today was launched (where any LEGO piece, anywhere in the world, will fit together with others). That is due to its uniform design. Indeed, a LEGO piece from 2021 can fit those made more than 60 years ago.

Every major cultural or historical icon you can think of has its LEGO counterpart. In 2009, the British presenter James May (the closest you can get to an adult-child) made a house entirely of LEGO. Many families around the world will have some LEGO somewhere, and billions of bare-footed parents hate it.

A round toy around the world

Of course, for many kids, expensive toys and elaborate presents are a faraway dream. For most children in the world, the best (and maybe, only) toy will be a ball. From the dusty fields of Kenya to the windy slopes of Argentina, boys and girls around the world will be kicking or throwing a ball about. And, despite the billions spent every Christmas, the fact is that a lot of children will return to the simple joy that comes from soccer, cricket, or simply a game of catch with friends or family.

There is a comfort to that. Children will be children, no matter who or where they are. The laughter and fun that comes from just playing with friends echoes around the world.

Who do we spend time with across our lifetime?

Even in the digital age, libraries are an investment in children

When will the Earth come to an end?

admin - March 31, 2022 0
If you read the news, ever, you’ve likely seen stories of our impending doom, usually brought on by some apocalyptic event that strikes...