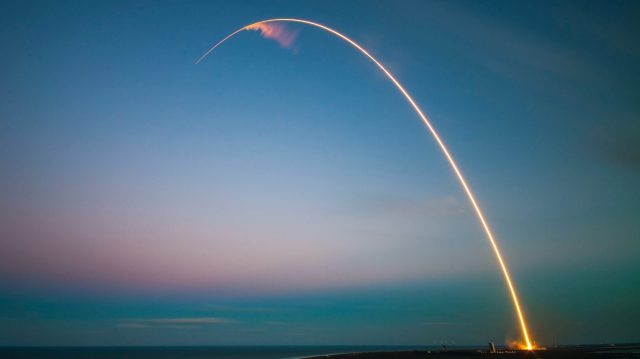 The firing off of two long-range missiles by North Korea shows that rather than being unpredictable, the isolationist state is quite the opposite.

Announced on Sept. 13, 2021, the testing of the cruise missiles – which reportedly can hit targets roughly 930 miles away (1,500 kilometers) – follows a well-worn playbook for North Korea: act belligerently, fire off missiles and then pivot to post-provocation peace mode and watch the concessions flow in. It was followed up by tit-for-tat missile testing on Sept. 15 by North and South Korea, further escalating tensions on the peninsula.

As a keen follower of North Korea’s strategic provocations – what I call the “Pyongyang Playbook,” – I have seen this dynamic play out repeatedly over the past three decades. A show of strength by North Korea is especially likely, history has shown, when the U.S. is perceived to be weak internationally, as it is seen to be now following a messy Afghanistan withdrawal.

The concern for the international community now is that with some key North Korean anniversaries coming up – including Party Foundation Day on Oct. 10 – leader Kim Jong Un could mark the occasion by ratcheting up tensions further.

So why fire off the cruise missiles now? The short answer is, it was time. The last missile tests were on March 25, 2021. And North Korea, like all other states armed with missiles, periodically needs to test and upgrade its arsenal.

It also came after a rather subdued military parade to celebrate the republic’s founding day on Sept. 9, 2021. Previous years have seen North Korea celebrate its birthday with nuclear tests on or close to the date. But this time, Pyongyang dialed back on the display of military might – there were no ballistic missiles on show, no boasts of nuclear capability. Some Korea watchers noted that the aim of the event could have been to offer a glimmer of diplomatic progress to the international community.

But again, such an apparent overture fits into a cycle. I noted in a tweet on Sept. 9 that the low-key parade might be a deliberate move, to be followed by a provocative act:

And indeed the very next day, missile tests resumed.

The response by Washington has been muted. Meeting on Sept. 14, senior diplomats from Japan, the United States and South Korea called on North Korea to return to the negotiation table over its nuclear and missile program. U.S. Special Representative for North Korea Policy Sung Kim asked North Korea to “respond positively to our multiple offers to meet without preconditions.”

North Korea replied by firing two short-range ballistic missiles on Sept. 15, marking the 71st anniversary of the Inchon Landing, a pivotal event in the Korean War that changed the tide for both Koreas. The South replied by conducting an underwater missile launch.

For North Korea, the timing is ripe for a gradual escalation. The Biden administration is still reeling from the Afghanistan withdrawal, and history has shown that Pyongyang tends to raise tensions when it perceives military weakness.

When the U.S. was bogged down in Vietnam in 1968 and 1969, North Korea launched several lethal attacks on both American and South Korean targets. Likewise, when George W. Bush was mired in Iraq in 2006, Kim Jong Il, Kim Jong Un’s father and North Korea’s leader at the time, ordered his nation’s first nuclear test.

And Pyongyang has been steadily putting pressure on the Biden administration to see how far it can push things. The International Atomic Energy Agency noted in August 2021 that North Korea had restarted the Yongbyon plutonium reactor, one North Korea agreed to shut down in 1994, 2008 and 2018.

The concern of the international community is that Kim could use any one of a number of big anniversaries coming up to further increase tensions. October 10 is Party Foundation Day. It was on the eve of the public holiday in 2006 that North Korea conducted its first nuclear test. Meanwhile, Nov. 29 marks the fourth anniversary of the country’s biggest intercontinental ballistic missile test to date.

As such, a major weapons test this fall should not be unexpected. It would fall into the pattern of alternatively playing nice, then acting belligerently, that has marked North Korea’s diplomatic routine for decades. And it is entirely predictable.

This article is republished from The Conversation under a Creative Commons license. Read the original article.

To the moon? Five microeconomic lessons from Bitcoin

How paperwork, wait times, and confusion degrade our well-being

How the James Webb Space Telescope beat all expectations

Here’s A New Way of “Finishing Strong” This Year

Metaverse: AR inventor warns that it could undermine reality

admin - April 2, 2022 0
One of the biggest aerospace companies in the world is co-developing the “Flying-V,” a radical-looking airplane that could make aviation less expensive and...