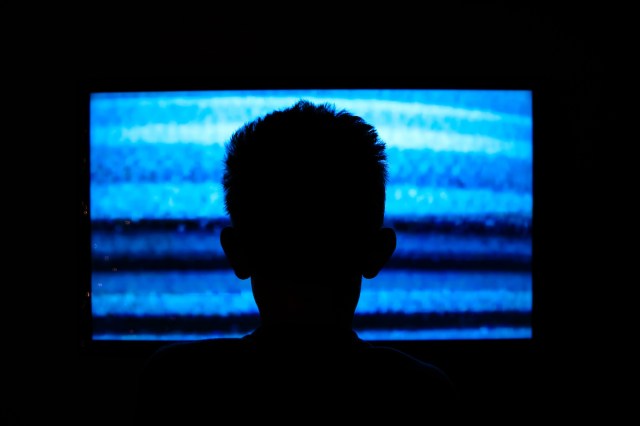 One of the most profound aspects of a great story is how it can make us feel strong emotional connections to fictional characters. From the dragon-riding heroes of Westeros to the gunslingers of post-apocalyptia, well-crafted characters can immerse us so deeply into their fictional worlds that we sometimes temporarily forget about the real one.

But for some people, the pull of fictional characters is especially strong. It is possible for people to form intimate yet one-sided relationships with them that mirror (or feel even stronger than) real-life relationships. A new paper published in the Journal of Social and Personal Relationships explores the types of people that tend to engage in these so-called parasocial interactions and relationships.

A large body of research shows that the relationships we build during our formative years affect how we navigate interpersonal relationships later in life. Although there’s a wide variety of contributing factors to how we conceive relationships, one of the most impactful is how available and how affectionate our parents were.

When early relationships are dysfunctional, perhaps because of excessive or deficient attention from our parents, we are more likely to develop certain kinds of so-called attachment styles, which describe how we relate to other people. One is “attachment anxiety,” where we become clingy, needy, or obsessed with other people. Another is “attachment avoidance,” where we avoid relationships, push people away, or are deliberately destructive.

People whose attachment style is marked by high levels of anxiety or avoidance develop certain interpersonal patterns. For example, they might avoid meaningful conversations, become excessively jealous, push partners away when they get too close, or seek constant validation through compliments and gifts. But what the recent study shows is that attachment style also affects how we connect with fictional characters and stories.

Humans are storytelling creatures. We have the ability to suspend our disbelief and engage with invented worlds on an emotionally powerful level. The researchers noted: “Stories provide a rich simulation of interpersonal interactions, portraying our social world in a manner that engages social-cognitive processes while also presenting social content.” Because of our unique capacity to engage with imaginary worlds, we sometimes experience fictional characters as if they are real.

Encountering fictional characters in TV, movies or books provides people with attachment issues an opportunity to experience a form of social interaction or relationship with essentially zero pressure. Through stories, people can gain “intimate closeness with others, with far less risk of rejection” in a way that “provides a welcome respite from the stress that anxious and avoidant coping strategies inevitably produce,” the researchers noted.

The study listed three ways to measure the level of attachment someone forms with fictional characters:

Character Identification. This is the ability to see events through the eyes of the characters they are watching or reading about. The viewer “experiences the narrative as if one were the character, rather than as oneself”. This is not the same as “suspending disbelief” or being transported to the fictional world. It means adopting the viewpoint of the character in a much more visceral way.

Parasocial interaction. This refers to the viewer’s illusion that they’re in a reciprocal relationship with the fictional characters. Someone who engages in parasocial interactions might agree with a statement like: “While watching the show, I tend to have the feeling that [CHARACTER] is aware of me.”

Parasocial relationships. This is where a viewer forms “enduring, long-term bonds with characters that extend beyond a given exposure”. People start to “share” experiences with the characters they are reading about or watching, and where they feel like an “old friend.”

The study found that people who showed attachment avoidance in real life (i.e. those who avoid meaningful social bonds) were much more likely to experience greater character identification and engage in parasocial interactions when watching TV. In other words, those who shunned relationships in everyday life more often approached fictional characters as if they were real. TV relationships played surrogate for real ones.

Meanwhile, the study also found that people with attachment anxiety (i.e. those who obsess over their attachments) were more likely to form parasocial relationships with the characters they saw. They often formed a “false sense of mutual awareness with favorite characters and formed strong emotional bonds with them”.

The study offers new depth to the media we consume. For people struggling with relationship avoidance, engaging with fictional characters can help satisfy unmet needs because it’s an emotionally safe and simple option that does not come with the risk of rejection. For those who need relationships, it gives them constant and powerful emotional connections with the click of a button.

Whether this is healthy was beyond the scope of the study. But illuminating the relationships between attachment style and fictional characters might just affect the kinds of fictional characters we choose to watch in the future. After all, they might become our new best friends.

When Does a Mistake Become Medical Malpractice and What to Do?

Do You Need to Have Goals in Life and Why?

No matter how outrageous, repeated lies become the truth

Bunkum or a true predictor of future success?

The Universe is disappearing, and we’re powerless to stop it

We overwash our bodies because odor is uniquely disgusting

admin - May 12, 2022 0
The driving factors behind the unprecedented violence witnessed during World War II have long eluded and divided scholars. One of the reasons for...