Home SUCCESS What is trauma? The author of “The Body Keeps the Score” explains 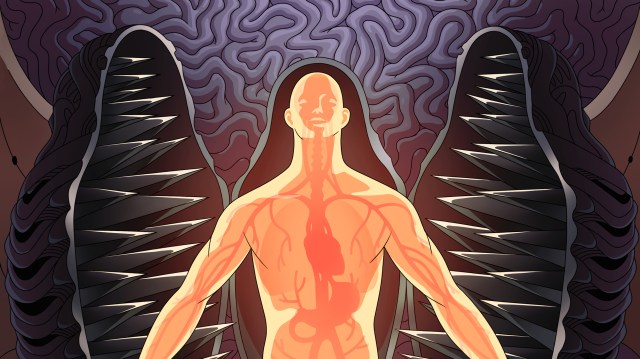 BESSEL VAN DER KOLK: The most important thing to know is that there’s a difference between trauma and stress. As I like to say to people, life sucks a good amount of the time. We all have jobs and situations that are really unpleasant. But the moment that a situation is over, it’s over.

The problem with trauma is that when it’s over, your body continues to relive it.

My name is Bessel van der Kolk. I’m a psychiatrist, neuroscientist, and author of the book, “The Body Keeps the Score.”

I got interested in trauma on my first day working at the Veterans Administration. 1978 was the year, and the Vietnam war was over by about six or seven years. The very first day that I met Vietnam veterans, I was just blown away. These were guys who were my age, who were clearly smart and competent and athletic. And they clearly were just a shadow of their former self. But their bodies were clearly affected by trauma and they had very hard time connecting with new people after the war.

Around that time, a group of us started to define what trauma is. And in the definition of PTSD, we write, these people have been exposed to extraordinary events that’s outside of normal human experience. Now, in retrospect, that shows us how ignorant and narrow-minded we were, because it turned out that this is not our usual experience at all.

People usually think about the military when they talk about trauma. But at least one out of eight kids in America witness physical violence within their parents. A larger number of kids gets beaten very hard by their own caregivers. A very large number of people in general, but women in particular, have sexual experiences that were clearly unwanted and that left them confused and enraged.

So, unlike what we first thought, trauma is actually extremely common. There’s a lot debates of what the trauma is to this day. But basically, trauma is something that happens to you that makes you so upset that it overwhelms you. And there is nothing you can do to stave off the inevitable. You basically collapse in a state of confusion, maybe rage, because you are unable to function in the face of this particular threat. But the trauma is not the event that happens, the trauma is how you respond to it.

One of the largest mitigating factors against getting traumatized is who is there for you at that particular time. When, as a kid, you get bitten by a dog, it’s really very scary and very nasty. But if your parents pick you up and say, oh, I see that you’re really in bad shape, let me help you. The dog bite doesn’t become a big issue because the foundation of your safety has not been destroyed. We are profoundly interdependent people, as long as our relationships are intact, by and large, we’re pretty good with trauma. It’s a subjective experience and what maybe traumatic for you may not be traumatic for me, depending on our personality and our prior experiences.

The problem with trauma is that it starts off with something that happens to us, but that’s not where it stops, because it changes your brain. Much of the imprint of trauma is the very primitive survival part of your brain that I like to call the cockroach brain. As a part of you that just picks up what’s dangerous and what’s safe. And when you’re traumatized, that little part of your brain, which is usually very quiet, continues to just send messages. I’m in danger. I’m not safe. That event itself is over, but you continue to react to things as if you’re in danger. We are talking about survival. We are talking about staying alive. I say, some people go into fight-flight. Or on a more primitive level, people’s brain shuts down and they collapse. Yet, these automatic responses, they are not a product of your cognitive assessments, they’re products of your animal brain trying to stay alive in the face of something that that part of your brain interprets as a life threat. And the problem then becomes that you are not able to engage, or to learn, or to see other people’s point of view, or to coordinate your feelings with your thinking.

Traumatized people have a tremendous problem experiencing pleasure and joy. But the core issue is our hormones and our physiological impulses that have to do with survival. Your body keeps mobilizing itself to fight. You have all kind of immunological abnormalities. Endocrine abnormalities. And that really devastates your physical health also.

Oftentimes, the physical problems are longer lasting than the mental problems. And the other thing that is terribly important is the impact of poverty, or the impact of racism, or the impact of unemployment. There is other societies that are much more trauma savvy than we are. Where there is not an enormous amount of income inequality, healthcare is universal, childcare is universal. A culture like that really looks at what are the antecedents for certain forms of pathology. So, the big issue is a political issue.

How do we rearrange our society to really know about trauma so that people who grow up under extreme adverse conditions can become full-fledged members of society? The sense of community and people being there for each other is a critical part of surviving and thriving.

How a powerful telescope found a tiny black hole

Why All Successful Entrepreneurs Have MBAs: Mentors, Believers, Advocates

From astrology to astronomy, humans always look to the skies

The Things That Matter

Why every business needs it

Synecdoche: lessons about death and the meaning of life